The second of Ginger’s creations was finished last night. These models take several hours to print but the results are quite astounding. For us this is validation of the entire workshop concept.

Here you can see the exported gameplay result from one of our participant groups. You can see the yellow cubes on the computer model representing the “housing units”, which function as a scoring unit during the game. 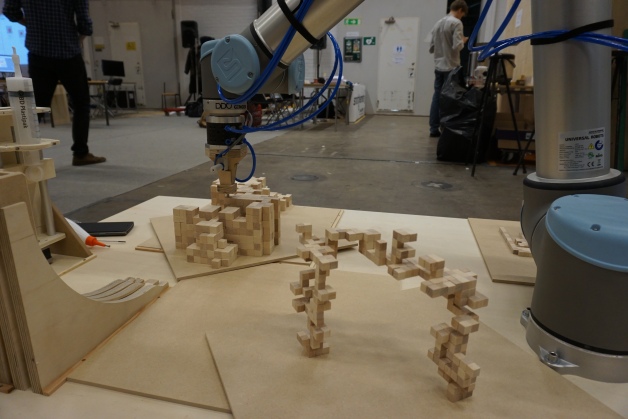 We also switched Ginger over to using 15mm cubes instead of 10mm cubes. The new model is much more impressive (even though it is not finished yet)!

Processing a model from the third group in Rhino took over 15 minutes. This resulted in a list of over 100,000 robot commands, which we deemed too long to start.